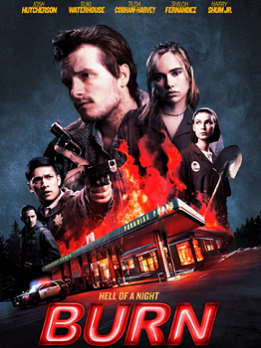 A contained thriller with unexpected twists and turns, BURN follows a lonely, unstable gas station attendant that is held at gunpoint by a desperate man in need of quick cash. When the heist goes terribly wrong, she takes the opportunity to make a connection with the robber, regardless of who gets hurt. 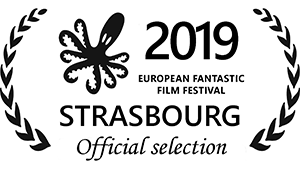 “Still, this is mostly a strong debut film, making good use of a single set and a talented cast. “  - Los Angeles Times

“BURN, a provocative view into human nature and connection.”  - Elements Of Madness

“This is a film that kept me uncertain of what would happen next and affirms Gan as an interesting young filmmaker to watch.”  - Roger Ebert

“There's a lot of confidence to "Burn," and a smart casting find in lead Tilda Cobham-Hervey, who carries the picture with  exceptional commitment.”  - Blue-ray

“Burn is an incredibly impressive debut feature from Mike Gan. The film is fast and tight and hits all the beats perfectly.” - Film threat

“The film is nicely turned in all tech/design departments, with solid supporting performances and a decent score by Ceiri Torjussen.” - Variety

“Burn is perhaps best viewed as a discomforting study of pain and desperation, wearing the clothing of a mechanical but nimble thriller.” - Mark Reviews Movies

“Burn’s saving grace is that it attempts to be a solipsistic fairy tale of a self-rescuing princess at the expense of the other characters who represent the world outside her skin.” - DC FilmDom