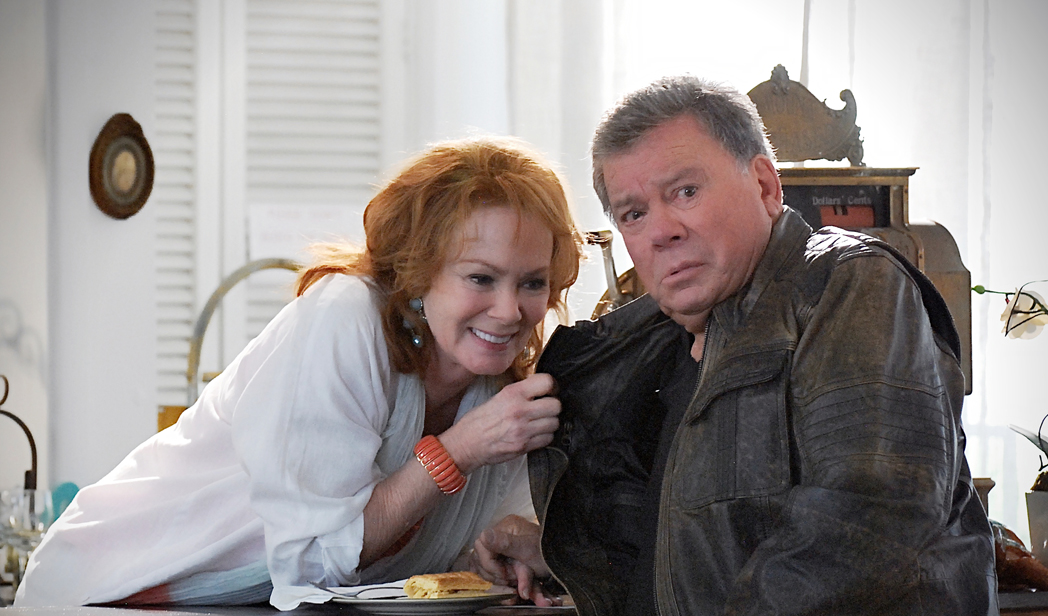 William Shatner is getting a whole new lease on life in the first trailer for his latest movie, Senior Moment.

In a PEOPLE exclusive first look at the sweet preview, Shatner stars as Victor, a retired NASA test pilot whose license gets taken away after he's found speeding in his vintage Porsche convertible with his best friend Sal (Christopher Lloyd).

His life changes as he finds himself trying to get around by riding the bus, spurring his meeting with the beautiful free-spirit Caroline (Jean Smart).

Shatner, 89, tells PEOPLE his chemistry with Smart, 69, was "the same as phosphorus and water. An intense fiery meeting that generates light and heat to an enormous degree and just as suddenly is extinguished because remember we are both a little older."

"I had a terrific time and just hope that she did too," Shatner adds.

Smart tells PEOPLE the two had previously had "a lot of fun" on Shatner's 2010 series $#*! My Dad Says where they played warring neighbors who eventually fell in love.

"In Senior Moment we play characters who are so different with such different lifestyles that it's fun to see them negotiate a romance; as a friend of mine says: 'They fill in each other's gaps'," Smart says.

She adds the romance between their two characters in this film stands out because "they are both mature and have been through many relationships and all the accompanying ups and downs but no matter how old you are you still feel like a kid when you fall for someone and I think it's so great to see that. They might as well be 17!"

Senior Moment is in theaters and On Demand on March 26.