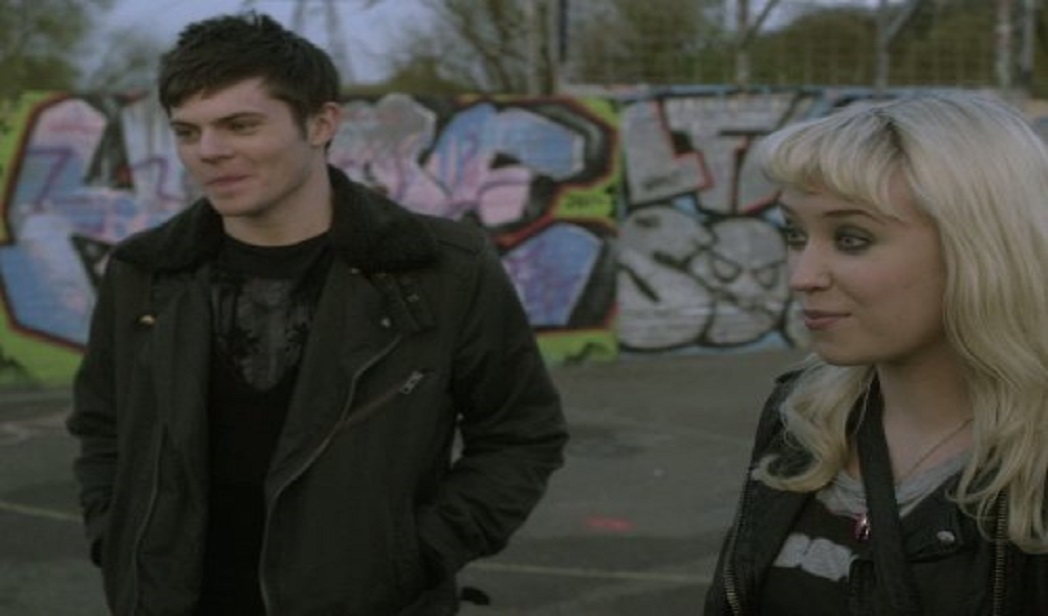 Science-fiction mind-melter Mindhack debuted in the UK at this summer’s Frighthfest. Influenced heavily by the cyberpunk movement, Mindhack tells of a young man whose brilliant mind has left him on the brink of being able to hack the human mind. His goal – World peace. Our genius Mason is played by British actor – and actual Mason – Chris Mason.

Mason may have a very familiar face and that’s because he’s already starred in Legend alongside Tom Hardy, and UK television shows The Fades and Broadchurch. Currently working in the US, Mason is working hard at climbing the Hollywood ladder, and with Mindhack he gets to showcase his leading man prowess, as well as an eye for interesting projects. We caught up with Chris prior to the UK premiere to find out about his time on Mindhack.


How did you get involved with the Mindhack?

I was living in London at the time and I was applying for my Visa in the States because I wanted to get back over here. Just at the same time I managed to get myself seen for Mindhack – or Mad Genius – as it was know then. I sent off the tape and straight away the director liked it. I had a couple of Skype meetings with him, and then within a couple of weeks I was over in LA and we were starting shooting.

What did you think when you first read the script?

(Chuckles) It was kinda mind-blowing when I first read the script. There was a lot of arcs and stories going on. A lot of technical stuff to work out; just the fact that he is a mad scientist almost. A lot of the things he was doing were really out there, but I also felt a strong idea of the character and what I would want to do with it. I had a connection with how confused the character is in what he wants in life and where he’s putting his energy.

It is a lot of information to take in, how many passes was it before you fully got it?

I think with any script, you read it once and you pick out the main things, and you read it again and find something else. I think I read this one about three or four times. I had a chat with the director; I had a few things that I had questions about, and he’s a very clever and well-researched man on this kind of stuff. He put my mind at ease.

Did you have to do any research into the world of computing in preparation for the role?

I think because we were going so far advanced, I know I read a few articles about what people are trying to do. People are trying to actually map people’s minds into a computer, in a very different way to the film. Because we were going down such a different path in the film it wasn’t necessary to know the science of it. We’re telling a story (chuckles) we’re not making a documentary. I did a lot more research into the mind of someone who works in that type of field. Constant work, who doesn’t stop, there are no work hours. Working off of his own back, it’s quite a lonely job.


How would you describe Mindhack?

It’s an action-packed thriller that takes a look problems that people in the computer generation could be facing in, who knows, what could be a couple of years with the way that technology is going. Alongside that there’s also a true love story, there’s relationships in there that people can relate to. We’ve all had friendships, we’ve all had relationships, it doesn’t matter how people experience those, there are a lot of similarities.

You’ve gone from British TV to US films – how do the two differ?

I think there’s a small difference, I feel the sets are a lot bigger here and there’s always a lot more people. There’s very slight differences – the unionisation of things, but otherwise we’re all there making stories, trying to make the best out of it. It’s not too dissimilar now. I wouldn’t say it’s anything to be afraid of.

What was the Mindhack shoot schedule like? I talk to a lot of independent filmmakers and the shoots always seems really short.

Yeah, it was pretty whirlwind, fifteen days I think, if I recall correctly. But it was one of the most creative sets I’ve ever been on. We were shooting in Downtown LA, the guys who were in the art department were so… they were geniuses, they were very heavy into the art and fashion in LA, and they had these crazy ideas and made them come to life. We had a fantastic crew, the lighting department and DOP were amazing. They all helped Royce‘s [Gorsuch] vision come to life perfectly. I don’t think you could have imagined it any other way. It was really creative and ambitious with a small crew, but I think we’re pretty proud of what we came out with. With the budget that we actually had as well, it’s an amazing achievement what Royce has been able to do.

Your character wears a mask for portions of the film, was that you under the mask?

Oh that’s me under the mask yeah. I had to keep it on my head, listening to my own muffled voice. There were fun masks (chuckles). Again, the art department being very creative with the different styles of the mask, but yeah that’s me in it.

Did it get hot in there then?

Yeah, a little bit. But I’ve just done a scene in my next film which I’m wearing a masked up costume and I was wearing that for twelve hours. That was kinda hot, it beat my Mindhack mask.

So is that you done with masks now or would you consider donning a mask and playing a superhero?

I wouldn’t turn my nose up at it. I wouldn’t have any problem with it. It would have to be the right one, but it’s definitely something I’d be open to doing.

Is it important for you to do a variety of roles?

Yeah I think that’s the reason I love doing the job because you get to play all these different characters that are great. It can be difficult to get different characters sometimes, because people have a very specific look in mind for various different parts, stereotypes, so it’s always good to get a role where you wouldn’t be the natural choice. Then you get to go and act that role and show that you could play that role with imagination.


The Fades is one of the shows that I first recall seeing you in. Everyone has gone out there and done so much, would you say that was a good place to learn the craft?

Oh yeah. The Fades was like my first real established job. At the time I remember being so raw as an actor. It was my first time on a set like that. I learnt a lot and I was lucky to be around some great young actors, as well as some great established older actors. It was such a fun job and obviously the product that we came out with was really good. It won awards and is still a really fun show to go back and watch. Daniel Kaluuya , Iain De Caestecker, Lily Loveless and Joe Dempsie, they’ve all gone onto have great careers. That is inspiring for me. I’ve done some good work, but I still feel I haven’t quite hit those points, but it was great to work with those guys at the time and it was a great job.

The films screens at this year’s Frightfest, what’s your favourite scary movie?

I remember the original It. I saw that when I was too young to see that and it haunted me forever. I think that probably says a lot for the film. Apart from that I really like Strangers, that was was a very good original horror film. I’m looking forwards to the new It. Remakes are always a tough thing to get fully behind I think when the original had it’s charm, but it’ll be interesting to see what they do. I think It is an underplayed character because we haven’t seen enough of It. It is a great book and a terrifying notion so it will be interesting to see what they do with it.

What other projects are you working on?

I’m just shooting a movie at the moment which is very, very different. It’s called Honored and its basically a kinda high school comedy drama. A coming-of-age story for a three young girls in high school, and I get to play the nerdy love interest for one of the lead girls, which is very different for me. It’s definitely something that I’ve never done before, so I’m enjoying that at the moment.

Mindhack screened as part of Frightfest 2017, a UK release date is still to be announced.