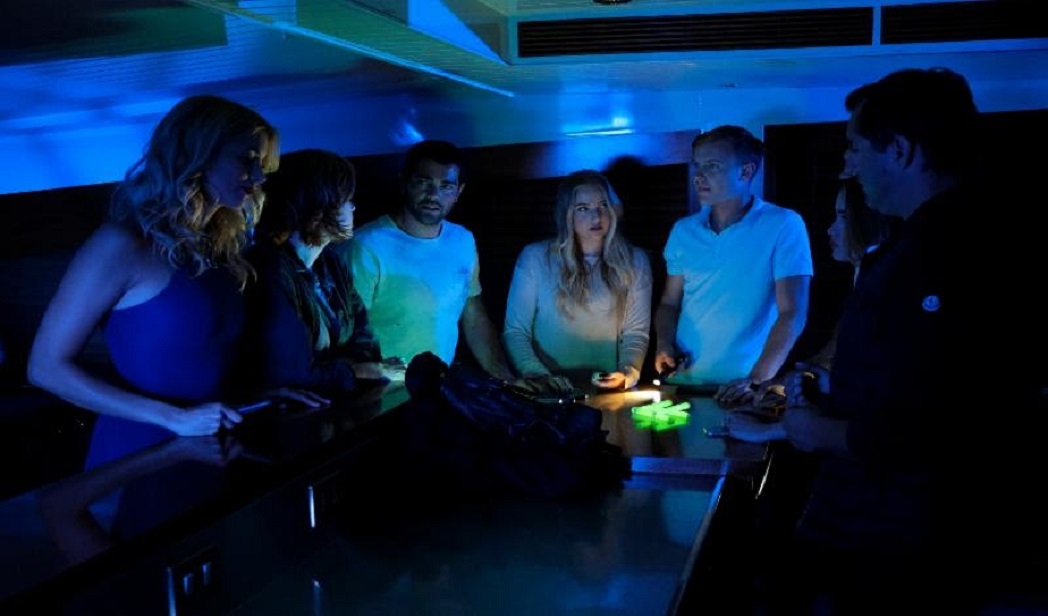 Below you can find full rundowns on both features along with first look stills from the horror flicks. After checking through all of that cool stuff make sure to let us know what you think of the films thus far in the comments below!

From the executive producer of It Follows, Corey Large, The Ninth Passenger uncovers a group of college students on a spontaneous midnight sea voyage aboard a luxury yacht. The adventure turns horrific when they drift to a dark island and are hunted one by one by a mysterious ninth passenger.

Not everyone is what they seem in this spine-tingling excursion. “Audiences are going to have a lot of fun with The Ninth Passenger. The filmmakers have made a really entertaining film with great characters and great twist at the end,” said Epstein.

The film is perfectly positioned to captivate audiences across the global marketplace. And with over 3 million followers on social media from the U.S. to China and everywhere in between, Cinta Laura Kiehl (After the Dark) brings even more star power and a dedicated audience to The Ninth Passenger. Every 25 years, it begins. Bound to an ancient pact, a family of unlimited power descends upon a small rural town to sacrifice four human lives, one being a member of their own family. This Rosemary’s Baby meets Drag Me to Hell thriller takes a dark look into how far the human spirit can take one soul in it’s most desperate hour. Layered with plot twists and conflicted characters, Blood Bound follows six people as they carry out their destiny to their ultimate horror.

“Blood Bound is the perfect addition to our already impressive line-up of films.” Said Mathilde Epstein, COO of Film Mode Entertainment, “We are quickly becoming the home for elevated genre films as evident in our success with films like The Good Neighbor starring James Caan. Our roster consists of a variety of these commercially viable titles that buyers and audiences around the world the world have been asking for.”

Film Mode Entertainment has indeed become a home for elevated genre. Both The Ninth Passenger and Blood Bound are highly-suspenseful films that are sure to entice buyers and keep viewers on the edge of their seats. Screening for the very first time, buyers will have a chance to see what makes the new thrillers such commercially viable films.

“I’m thrilled to be working with Film Mode to screen Blood Bound at AFM,” said Richard LeMay, writer/director of Blood Bound. “This is a great opportunity to show people this dark, creepy film, and I think people are going to be blown away by Eden Brolin’s performance.”

The premiere screenings took place on Thursday, November 2 at 1 PM at Laemmle-5 (The Ninth Passenger) and at 3 PM in the Ocean Screening Room (Blood Bound). Additional screening appointments can be made with Film Mode Entertainment.