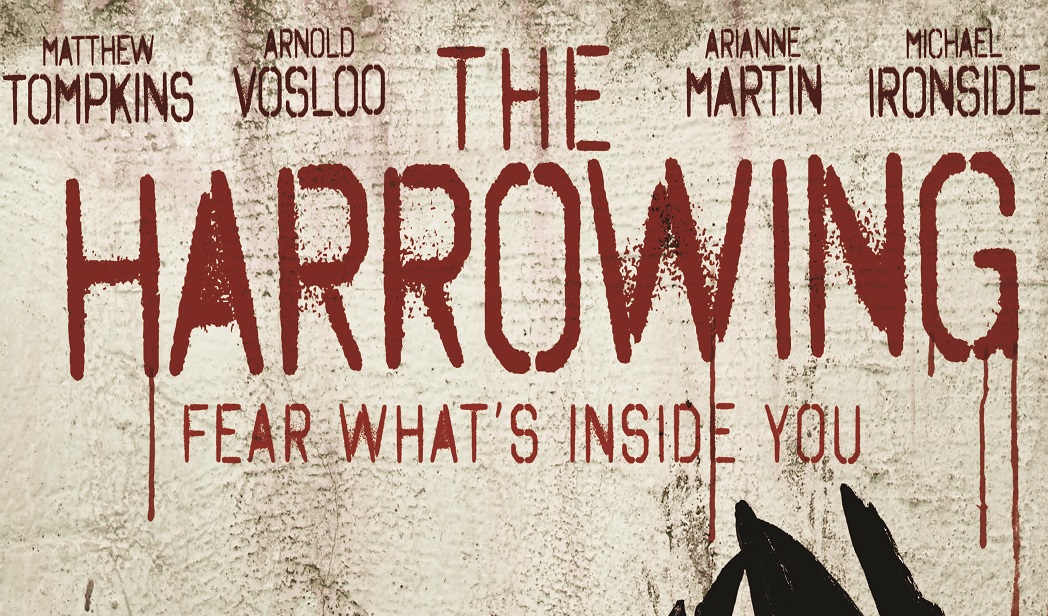 Clay Epstein’s Film Mode Entertainment presents the World Market Premiere screening and EFM debut of their newest thriller THE HARROWING in Berlin. The world premiere screening will take place on Friday, February 18th at 11:05 AM at dffb-Kino.

Written and directed by veteran horror director JON KEEYES (AMERICAN NIGHTMARE, FALL DOWN DEAD), the film stars the legendary MICHAEL IRONSIDE (TOTAL RECALL, SCANNERS), who among being nominated for almost a dozen awards, has become widely known for his depiction of fearsome villains in this genre.

The cast is further bolstered by MATTHEW TOMPKINS (SICARIO), and ARNOLD VOSLOO (THE MUMMY, G.I. JOE). The premiere screening in Berlin takes place on February 18th.

“We’re thrilled to screen THE HARROWING to distributors and audiences for the very first time in Berlin.” Said Epstein. “Horror and thriller fans are in for the ride of their lives with THE HARROWING – a gripping, mind-bending, nail-biter of a film that has a great deal of worldwide commercial appeal with the recent success of the genre.”

Garnering over $733 million in ticket sales in 2017, the biggest box office year ever for horror, THE HARROWING is a perfect addition to the marketplace.

The horror/thriller follows a Vice Detective (TOMPKINS), who is wrongly accused of the ritualistic murder of his best friend. Bent on finding the truth, he is plunged into Hell when he goes undercover and discovers the truth behind a demonic myth.

Jon Keeyes, Director: “As a life long genre fan, The Harrowing is a movie that is going to get audiences excited across the world. We’ve carefully crafted an intelligent, suspenseful, tense thriller that will keep audiences on the edge of their seats while driving them down a road of psychological twists and turns. Right out of the gate, we pull them in with an explosive opening sequence, and then keep them guessing as the mystery unfolds until we blow their minds in the final moments. Being able to construct such an intricate puzzle like this – that is both entertaining and thought provoking – has been a joy.”

Matthew Tompkins, Producer: “The Harrowing is carefully constructed to be a powerful synergy of elements that make it one of those rare ‘elevated’ genre films with true crossover appeal to a wide variety of hardcore fans…The film is a potent mix of horror and supernatural elements that underpin a very smart, disturbing, and complicated psychological thriller…the idea of being able to drive the narrative utilizing all of these things, to truly pull that off, from both a commercial and artistic perspective, was a fantastic opportunity for us as Filmmakers.”