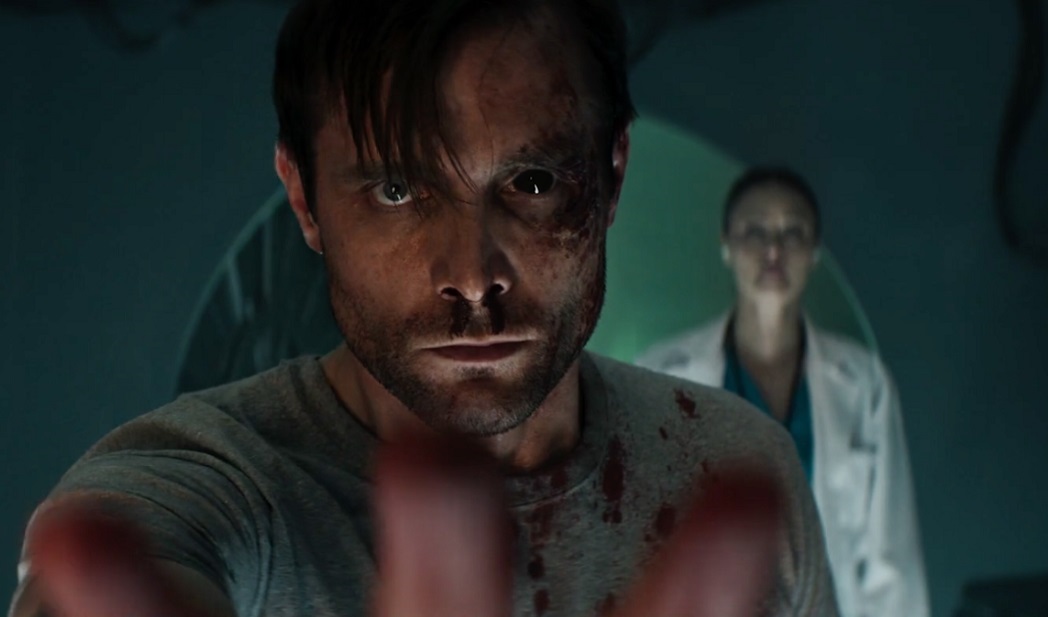 Bloody Disgusting is excited to share the trailer and poster premiere for our newest anthology experiment, Portals, our sci-fi horror that will be making its World Premiere (for FREE!) at Beyond Fest this coming Friday, October 4th, at Hollywood’s famed Egyptian Theatre. (Tickets available at the Egyptian Theatre box office one hour before showtime; 2 tix per person max. No way to reserve online or via phone.)

Following in the tradition of our V/H/S trilogy and Southbound, we attempted something with sci-fi roots that includes segments directed by Eduardo Sanchez (The Blair Witch Project, Lovely Molly, Exists), Gregg Hale (V/H/S/2), Timo Tjahjanto(Macabre, Headshot, May the Devil Take You, V/H/S/2, The Night Comes For Us) and Liam O’Donnell (Beyond Skyline).

Created by Chris White, the film is set around a series of worldwide blackouts — after which millions of mysterious cosmic anomalies appear everywhere across the planet. While many flee from the sentient objects, some people are drawn toward — and into — them with horrifying consequences.

You won’t have to wait long as Screen Media will follow the Beyond Fest premiere with a release on VOD platforms and limited theaters on October 25th.

“On August 5th, 2020, an undisclosed research facility successfully creates the world’s first active black hole…Shortly after a cosmic disruption occurs triggering a series of world-wide blackouts; after which millions of mysterious, reality-altering, Portal-like anomalies appear everywhere and anywhere across the planet. While many flee from the sentient objects, the real terror sets in as people are drawn toward and into them.

“Portals is a genre-bending anthology featuring three internationally connected stories told from four visionary filmmakers’ perspectives as the cosmic events unfold within the first few days. The action quickly kicks off with our wrap-around story following Adam and his family on their way to his mother-in-law’s house during the blackouts and reports of missing persons..during the road trip their SUV barrels directly into an Anomaly that suddenly appears in the middle of a desolate road. He later wakes up in a mysterious hospital suffering from optic nerve damage and is given an experimental eye transplant that links itself directly to the anomalies. With a determination to be reunited with his family; Adam soon discovers the hospital has cosmic secrets of its own.”

“With our collective love for horror anthologies, we wanted to challenge ourselves and do something new, unique and more cosmic from what’s already been done previously in this space,” said creator and producer Chris White. “I think people are going to be pleasantly surprised by what Portals is offering especially with our line up of seriously kick-ass filmmakers involved. Get ready for an awesome ride!”

“I was honored to be able to create something so ambitious, unique, and personal alongside such awesome filmmakers,” adds O’Donnell. “I’m excited for audiences to take the trip and experience the cosmic madness for themselves.”

The film was also produced by BoulderLight Pictures’ J.D. Lifshitz and Raphael Margules, and Pigrat Productions’ Alyssa and Griffin Devine.