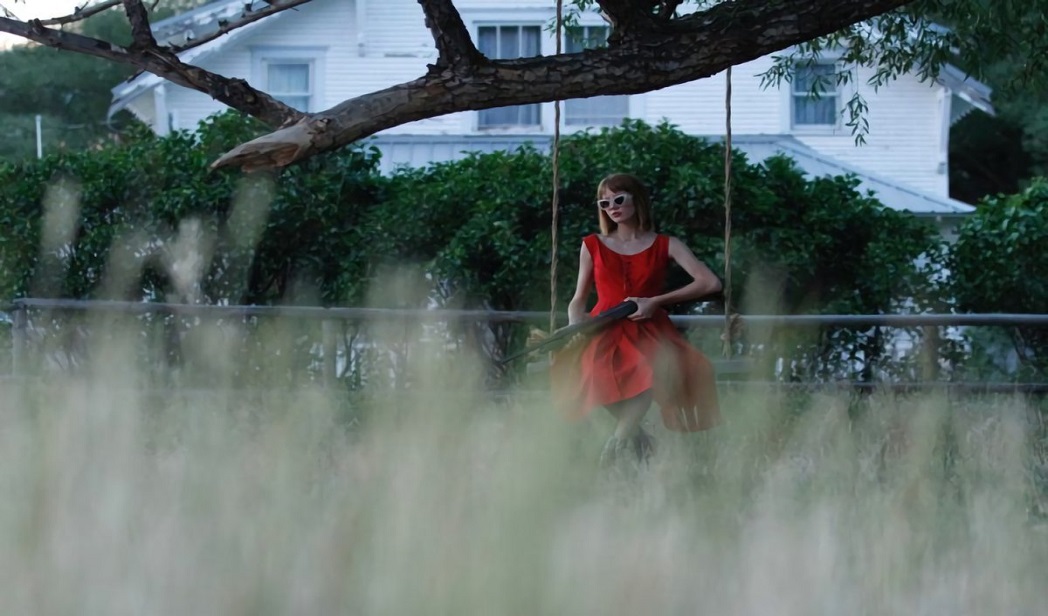 Thanks to Fabien M. we have several stills, art, and a clip from Richard Gray‘s Broken Ghost, which had its world premiere last September at the Brisbane International Film Festival.

Here’s how the fest described the film:

“On the face of it, they’re just another family moving to the wide open spaces of the Big Sky Country for a tree change. But for teenage Imogen Day (Autry Hayden-Wilson) and her parents Samantha (Scottie Thompson) and Will (Nick Farnell), the move to Montana is an escape from quite a unique kind of bullying. Desperate to make a new life for herself, Imogen must overcome new tormentors, old secrets, and a strange presence in the attic in this coming-of-age tale, wrapped in a ghost story.”

“Shot in and around the city of Livingston on the Yellowstone River – in the same neighborhood as classics such as The Horse Whisperer and A River Runs Through It – Broken Ghost makes full use of the million-dollar scenery to boost its tiny $600,000 budget,” added the festival’s synopsis.