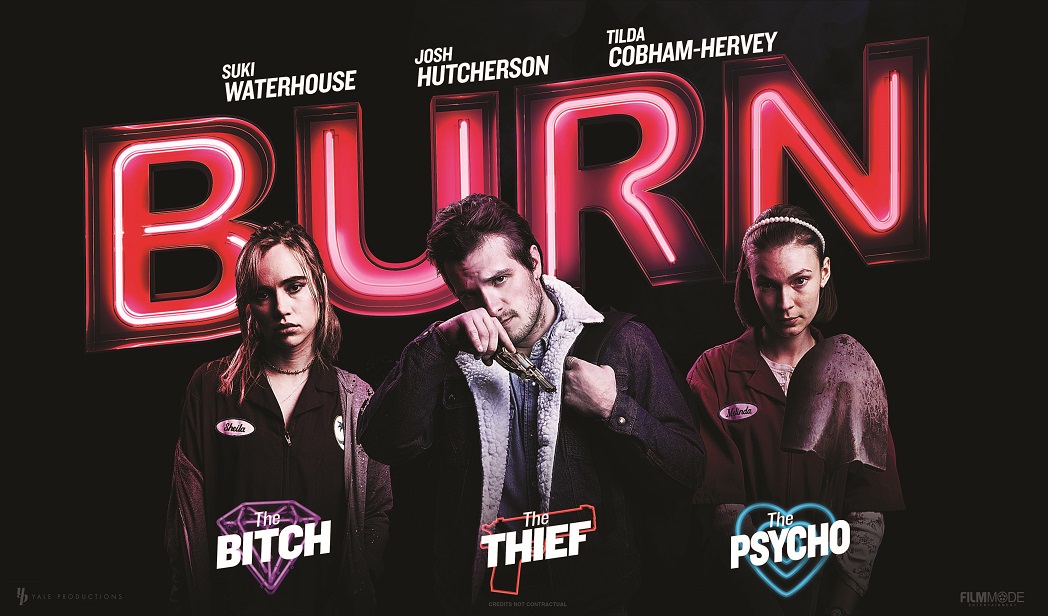 Tilda Cobham-Hervey and and Suki Waterhouse also star in the thriller, which Film Mode is serving up to buyers in Cannes.

Filmed in the idyllic Hudson Valley, Burn follows lonely, unstable gas station attendant Melinda (Cobham-Hervey) who constantly feels overshadowed by her more outgoing co-worker Sheila (Waterhouse). When the gas station they work at is held at gunpoint by Billy (Hutcherson), a desperate man in need of quick cash, the heist goes terribly wrong and Melinda comes up with a way to make a connection with the robber, regardless of who gets hurt.